Executive Summary:Companies lose money and affect reputation by divisive behavior between divisions. Work to make this better by improving morale, efficiency, and the bottom line.

How it goes. You’re a member of a successful construction company. You work in the heavy/civil division building treatment plants. The boys and girls down the hall run the utility division laying thousands of feet of pipe a day. The pipe guys call you heavy/simple, and you’re calling those guys pipe maggots.

We built this house. When you leave for the day and you’re walking out to your vehicle in the parking lot, stop halfway.  Do a 360-degree turn and look around. You didn’t build this company alone and neither did your division. Both divisions did and are doing it daily.

It’s actually something you should take pride in – in your work and their work.

Whether you like it or not, both divisions contribute to the success of this company in cash flow, profit, and/or in value brought to the table by simple service offering.

Maybe the heavy/civil group make the profit, but the utility guys are bringing in the revenue which pays for the gear. Or one division gets us in the door with a client because we lay pipe, and that leads to a pump station project with the other division. 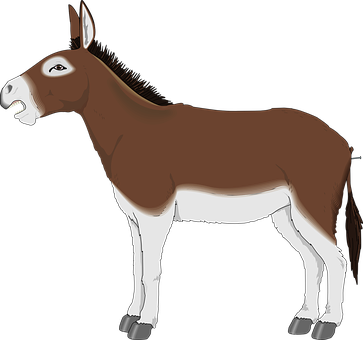 Teamwork.  There’s a story out there my good friend shared with me about the strength of one mule pulling, versus two versus three.  Anyway, the story goes that multiple mules pull exponentially more weight that one mule.  So, be a mule, not an ass, and go get with the other mules.

Making it better. I don’t agree with all the partnering events and forced social gatherings that pretend to create a stronger bond. It’s way easier than that. You can actually be done with the first step in improving this relationship in about four minutes after you finish this article.

In the last eighteen months, I’ve been on site with over fifty contractors. Here’s what I know. First, you must realize that each division is comprised of human beings with identical lives: kids, soccer games, mortgages, hobbies, and expertise in their own disciplines of construction. If you can get around your own ego and be the bigger man (or woman), for your own wellbeing, and just walk down to the other division and say “Hi, I’m Scott, let’s bid a job together”, it’ll be the highlight of your day and maybe the beginning of increased profits!

It’s a win-win for the Company and you’ll find that the absence of tension makes your career more fun and exciting.

My story. You heard it above with a company I worked for, for about ten years. I still don’t understand the purpose of not working together. I used to get requests for proposals all the time for utility work, by the building group of one of the country’s largest contractors. They’d say “we don’t work with those guys” (the utility arm of their own company).

It’s easier said than done – my Seattle division didn’t talk to my Hawaii group in my own company. But, doing something awkward every day like having a sit down with that other mule could be the beginning of a new and beautiful relationship…

Your Runjob Account
Get the Runjob app today!
The app includes features and
access for all of our products.

We use cookies to ensure that we give you the best experience on our website. By browsing our site, you agree to our use of cookies.AcceptCookie Policy